This is to inform candidates who applied for admission in Federal polytechnic Ado Ekiti that the admission list of candidates admitted to study National Diploma Programme (Full-time) for 2018/2019 academic session has been released. 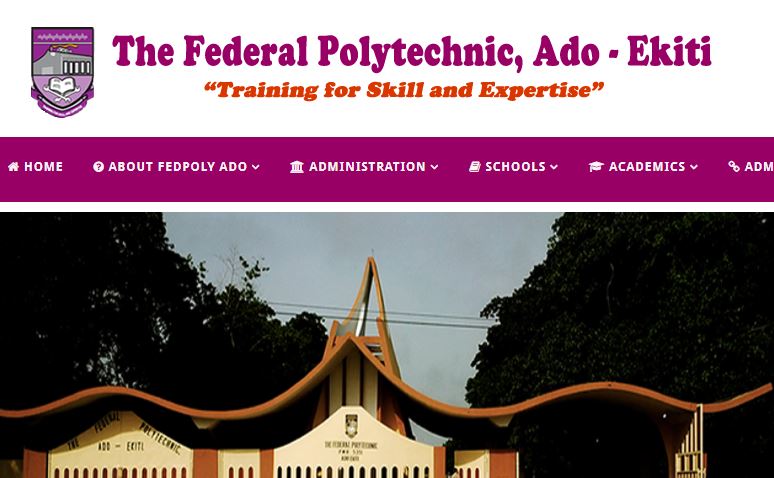 NOTE: All applicants who have done the Post-UTME screening online but are yet to change their Institution of FIRST CHOICE to the FEDERAL POLYTECHNIC, ADO-EKITI, should quickly effect the change by making Federal Polytechnic, Ado-Ekiti their FIRST CHOICE to enhance their chances for the admission.

Candidates are however advised to be guided by the cut-off marks for each programme and ensure they have the correct subject combination in UTME. This is also applicable for CHANGE OF COURSES.

In accordance with Decree 33 of 1979, its status was changed from that of a College of Technology to a full-fledged Polytechnic.

In 1982, the Institution was once again relocated by the Federal Government to Ado-Ekiti, now the capital of Ekiti State. This was in order to pave way for the establishment of Federal University of Technology at its site in Akure.