Check NDA admission list 2019 here. The candidates whose names appear below were successful at the Armed Forces Selection Board Interview held from 24 June to 10 August, 2019. The candidates have been offered admission into the Nigerian Defence Academy (NDA) for the 71st Regular Course.

They are to report for training at the NDA Permanent Site at AFAKA), Kaduna on Sunday 1st September, 2019. Any candidate who fails to report on Tuesday 3rd September, 2019 will forfeit his or her place to a candidate on the reserve list.

Selected candidates will be received on arrival at the Reception Centre located at the Academy Parade Ground (Permanent Site). Candidates on the reserve list are NOT to report to the Academy until they are invited.

Candidates are to check for their names from the Pdf document below for Nda admission list;

Any candidate who fails to present originals of the stated documents will not be accepted into the Academy. 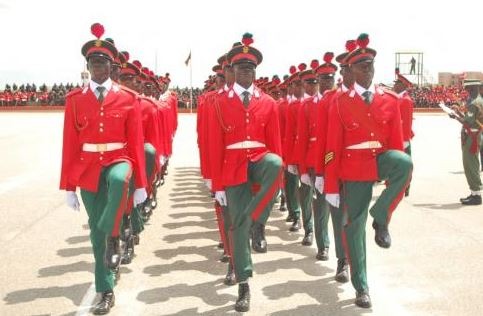 Each candidate must also present the original copy of his/her Parent /Guardian Consent Form. Any candidate who fails to present originals of the stated documents will not be accepted into the Academy.

In addition, successful candidates are to come along with the following items:

All successful candidate will be subjected to Toxicology (Drug) Test on resumption. Failing the test will be automatic disqualification.

DELSU Cut off Mark 2018/2019 Departmental Admission is Out