The Waec government answer 2021 for essay objective questions can now be seen here. The West African Examination Council (WAEC) Government paper for SSCE will be written on Monday, 21st December, 2021.

In this post, we will be posting out WAEC Government questions and answers for candidates that will participate in the examination from past questions. 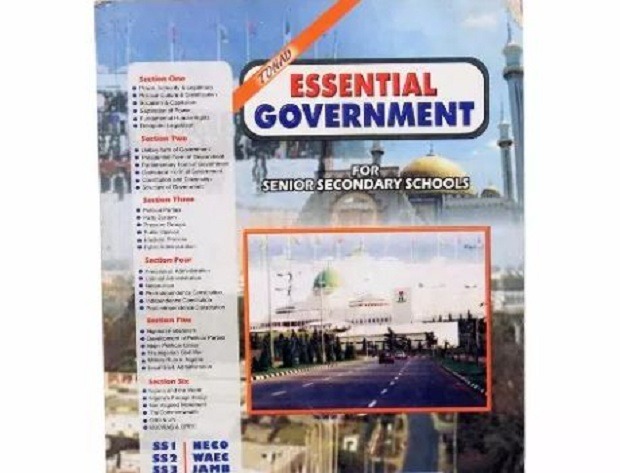 PAPER 2 (Essay)
Answer only Four questions in the section.
Write your answers in the answer booklet provided.

3. Define Public Corporation.
(a) A public corporation may be defined as a business organisation established, owned, managed and financed with tax payers money by government of a country with the main motive of making profit but to render essential services to members of the public.
(b) i. Financial Control: The accounts of public corporations are audited from time to time by government Auditors and a copy of the Auditors’ report is submitted to the Minister which he presents to the parliament and this prevents financial mismanagement.
ii. Judicial Control: As a legal entity which can sue and be sued, a public corporation can be dragged to court if it fails to act within the limits set by the law that established it and its action declared ultra vires.
iii. Ministerial Control: Ministers that are answerable to the parliament are given extensive power over public corporations. These include powers to appoint and dismiss members of Board of Directors, determination of remunerations, conditions of service, approving all loans and major expenditures etc.
iv. Public Control: Members of the public who consume goods and services of the public corporations exercise some form of control through criticisms they level against these corporations.

4. (a) Highlight any four major objectives of the foreign policy of any one West African Country.
(b) Outline any four ways of preventing military intervention in politics.

6. i. Shortage of fund: The involvement of this organization in large scale operation affects its financial resources. This has created over time,shortage of funds.
ii. Sovereignty of nation: The U.N.O cannot effectively enforce its decision because member states are not ready to surrender their sovereignty to the authority of the organization.
iii. The veto power: Each of the five permanent members of the security council has a veto power. This could be used at times to satisfy their selfish interest at the expense of fulfilling the objectives of the organization.
iv. Poverty: The inability of the united nation to effectively address the issue of poverty among member states.
v. Difference in ideology: There difference in ideology, culture, politics and methods used in pursuing economic goal. This may negate the evolution of lasting peace in the world.

7. (a) Highlight four features of the 1979 Republican Constitution.
(b) State two ways by which the President could be removed from office according to the Constitution.

8. (a) i. National party of Nigeria (NDN) – Alhaji Shehu Shagari
ii. The Unity Party of Nigeria (UPN) – Chief Obafemi Awolowo
iii. The Great Nigeria People’s Party (GNPP) – Waziri Ibrahim
(b) i. Since independence, political party have showed that they are loyal to the electorate during campaign and would serve their Interest of vote to power
ii. They usually organize membership to reach all corners of the country
iii. They have showed that their main objectives are to contests election,win and grow the country by all means.

10. (a) i. The village was the highest unit of administration.
ii. Existence of village assembly (Oha-na-eze/Umunna).
iii. The village priest/ diviner wielded great deal of religious and judicial powers.
(b)

PAPER 1 (Objective)
Answer All the questions in this section.
Write your answers in the answer sheet provided.

2.The two leaders that played prominent roles in the formation of ECOWAS were ______
A. Acheampong and Jawara
B.     Gowon and Eyadema
C.     Kerkoru and Tubman
D.    Kounche and Senghor

5. Which of the following had a centralized administration in the per-colonial Nigeria?
A. The Igbos     B. The Tivs     C. The Ibibios     D. The Yoruba’s

6. Which of the following organ control the civil service?
A. Parliaments and the court
B. Trade unions and the court
C.  The police and parliaments
D. Tribunals and interest group.

8. In the Igbo political system, authority was shared among
A. Men and women with Ozo titles
B. All age groups and warrant chiefs
C. Elders of the community and ofo title holders
D. Title holders and age groups

9. A popular principle of colonial administration in British West Africa was _______
A. Association   B. Indirect rule    C. Assimilation     D. Westernization

10. The crucial check on an autocratic Oba in Yoruba political system was _______
A. Presenting to him a suicide symbol
B. Avoiding the palace
C. Sending him on exile
D. Refusing to carry out his orders

12. Which of the following bodies is the most representative organ of the United Nations?
A. The security council
B. The trusteeship council
C. The General Assembly
D. The Economic and Social Council.

13. The pre-colonial Tiv society can be best described as ______
A. Republican B. Aristocratic C. Feudalistic D. Monarchical.

15. Which of the following is a feature of democracy?
A. Power vested in minority party
B. Popular consolation
C. Interdependence of stats
D. States responsibility to society.

18. In parliamentary system, the term shadow cabinet is often used to refer to the ______
A. hack-benchers in the house
B. deputy prime ministers and assistant ministers
C. rebellious members of the ruling party
D. portfolio designates before the party in opposition.

22. Nigeria is the major shareholder in the _______
A. OPEC fund for development
B. World Bank
C. International monetary fund
D. Trade union.

24. The 1946 constitution was remarkable because it
A. created a ministerial position in Nigeria
B. introduce regional governments in Nigeria
C. introduced for the first time elective principle
D. brought about self-government for Nigeria.

29. The OAU was founded on the principles of ______
A. Settlement of international disputes by armed struggle
B. Justifiable interference in the domestic affairs of member states
C. Sovereign equality of member states
D. Equal contribution by member states

31. The structure of the civil service is based on
A. lateral organisation
B. merit system
C. patronage system
D. hierachical organization

33. To qualify for absorption into the administration cadre of the civil service in Nigeria, an applicant must be
A. knowledgable in civil services rule
B. a holder of a first university degree
C. specifically trained in public administration
D. a senior civil serv.ant

34. The final interpretation pf the provisions of a federal constitution is vested in the
A. head of state
B. council of state
C. highest legislative body
D. highest court of the land.

35. A major issue that distinguishes pressure groups from political parties is
A. Membership drive
B. The objective
C. The voting pattern
D. Idealogy.

36. Proportional representation is a system of allocating seats in the legislature based on
A. gender participation in polities
B. an area
C. contribution to the national economy
D. total votes in an election.

37. The application of the principle of separation of powers seems impracticable because powers is
A. delegated
B. centralized
C. fused
D. separated

41. Under the 1963 constitution, items not listed in the exclusive and concurrent list were within the exclusive competence of the
A. Executive
B. federal parliament
C. regional legislatures
D. judiciary

42. Before Nigeria became a republic, the highest body charged with the administrator of justice was the
A. Privy council
B. High court
C. Supreme court
D. Court of appeal

43. The equivalent of the commissioner at the local government level is the
A. Executive chairman
B. Secretary
C. Councilor
D. Supervisory councilor.

44. The Independent National Electoral Commission has the power to prepare and maintain the register of
A. Political parties
B. Constituencies
C. Voters
D. Electoral candidates.

45. The president of Nigeria is advised on the sovereignty and territorial integrity of the country by the
A. National Security Council
B. National Defense Council
C. Council of state
D. Federal Executive Council

46. The Nigerian Youth Movement collapsed as the result of
A. Its failure to win election
B. Shortage of funds to run its affairs
C. The harassment of its leadership by the government.
D. The breakup of its leadership.

47. The first restructuring of the Nigerian Federation took place with the
A. Creation of mid-west Region in 1963
B. Abolition of federalism in 1966
C. Military counter-coup in 1966
D. Creation of states in 1967.

PS: Once again, there is nothing like waec government expo. Do not fall victim to scammers online trying to obtain money from you with fake promises of having access to live question paper before the exam. What we have on this page are likely exam questions from waec past questions and answers to serve as a revision guide.

Keep following this page and make sure you bookmark this site for reference purposes.