This was announced by the Registrar of JAMB, Prof. Ishaq Oloyede, during the 19th policy meeting on admissions to tertiary institutions in Nigeria held on Tuesday, 11th June in Gbongan, Osun State.

For colleges of education, 100 and above was approved as the cut-off marks. 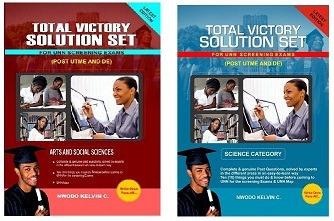 The meeting, which had Vice Chancellors of universities, Rectors of Polytechnics and Provost of colleges of education, also approved December 19 for close of admission into public universities and February 15, 2020 for private universities.

Mr Oloyede, however, said admission into all universities would be conducted on Central Admission Processing System.

According to him, JAMB is not responsible for the fixing of cut-off marks for tertiary institutions but rather a consensus between the institutions and stakeholders at the policy meeting. (NAN)

UBTH School of Nursing Admission Form 2019 is Out

ABSU Gets NUC Accreditation for 9 Courses

NABTEB Form 2020 is Out for May/June Exam Registration